Here’s an update on the studio production side of things.

Slow but steady progress is being made on upcoming Bill Van Loo & Joshua Schnable material. Still undecided whether it will be released as several EPs or one full-length album, but the music is coming together nicely. Tracks keep getting handed back & forth via the power of the interwebs, with new pieces slowly taking shape.

Bill Van Loo solo material is also coming along, albeit at an even slower pace. Here’s a sneak peek at a new track that’s made almost entirely with iPod Touch applications as the sound sources; this (very rough) track uses SynthPond and BeBot Robot Synth as the primary sound sources, with additional post-production & arrangement in Ableton Live. 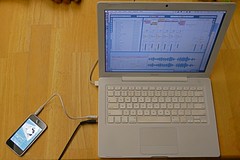 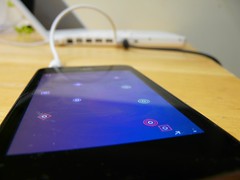 BeatMaker on the iPod Touch is also getting used, along with a new ThumbTacks mic; here’s a (also extremely rough) snippet using only sounds recorded in the car, garage & front porch: 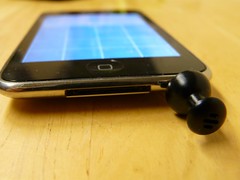 One Reply to “studio production update”