This week, I worked on two photography projects for 52 things: smoke photos, and a new DIY softbox for one of my flashes. 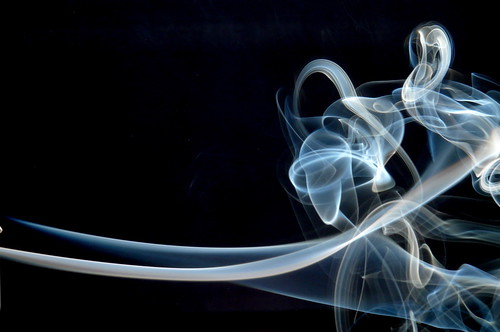 After I made my new macro photo box, I started thinking about projects that it would work well for. I’ve done some water photos before (though none that I really loved), but what captured my imagination this week was the idea of photographing smoke.

I set up the macro box, put my Vivitar 283 flash on a boom stand, set my camera up on the tripod, and got out a stick of incense. After taking a few shots, I soon realized that the pure white background of the macro box was not working at all – the smoke just didn’t show up against the white at all. I then tried a black background – here’s an example: 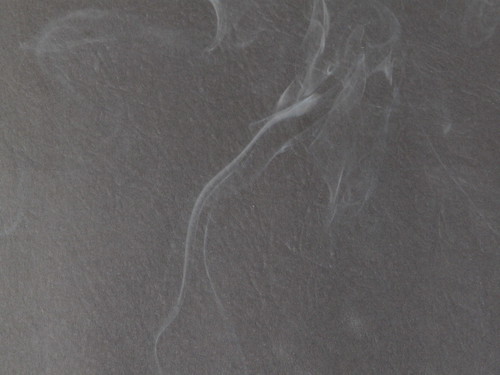 After not much success with that, I decided to see how others had approached this subject matter, and found an excellent article on the subject:

I realized that I was letting far too much light from my flash onto the black background, and as a result it was washing it out. I adjusted the box so the flash was completely flagged off from the background. Here’s what it looks like (the lighter is there so I could focus on it – autofocus is useless with smoke, so I used it to set focus, then shifted over slightly so it was out of the frame). 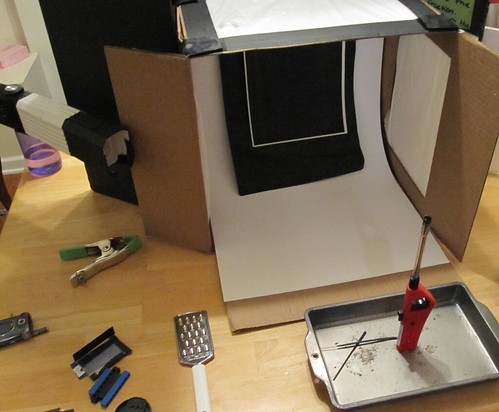 Once I popped a test shot, my jaw dropped. 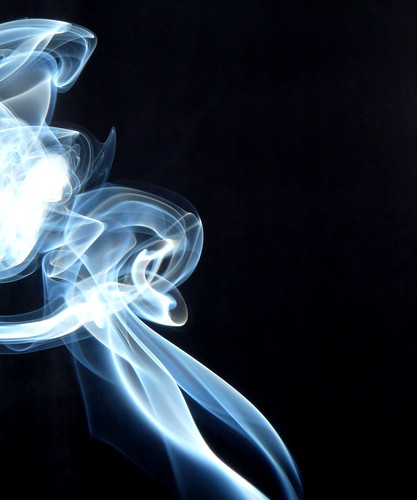 I shot a number of smoke pictures, and with only a little cleanup in Photoshop, I was completely happy with the results.

View the complete set of smoke photos via Flickr.

I also started thinking about my softbox situation. I made a small DIY softbox for the Vivitar 283 a while back, but it had two distinct disadvantages: it wasn’t very easy to stick in a bag, and the front diffuser material was tissue paper, which is quite delicate. I therefore decided to solve both of those problems with a new, slightly larger softbox that would fold up for transport.

As a technology teacher, I made myself sit down and think about this as a design problem, sketching out some requirements and a 3-view drawing. 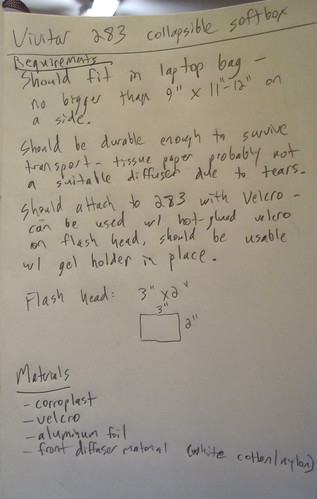 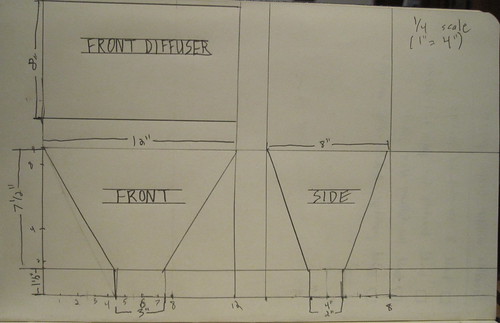 Once my design was set, I got out materials and started construction. 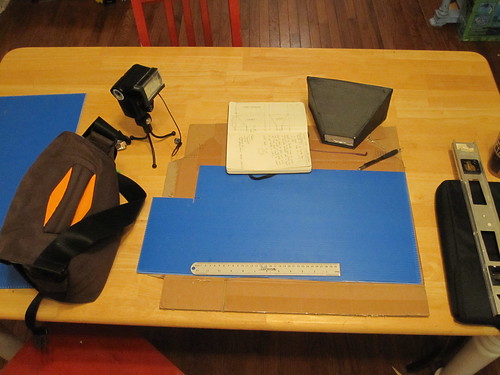 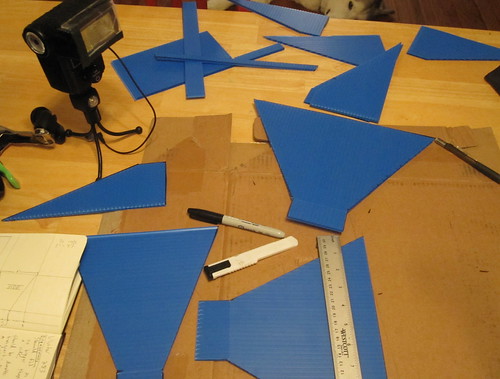 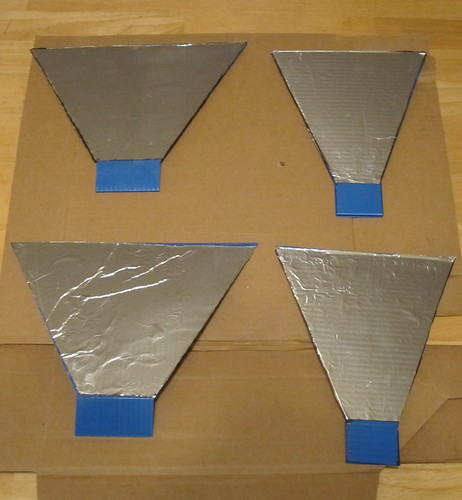 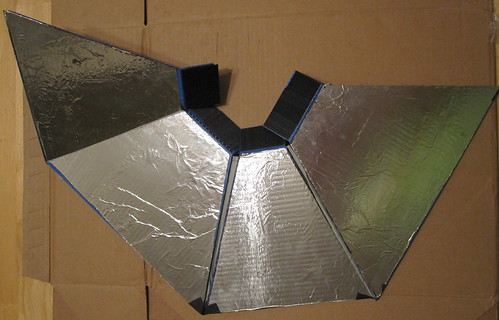 It’s not quite done yet, as I have yet to finalize the front diffuser panel, but I have some white shower curtain material that I think is going to work great. Once it’s finished I should be able to use it quite a bit since it will fit in my laptop bag, making it easily portable. 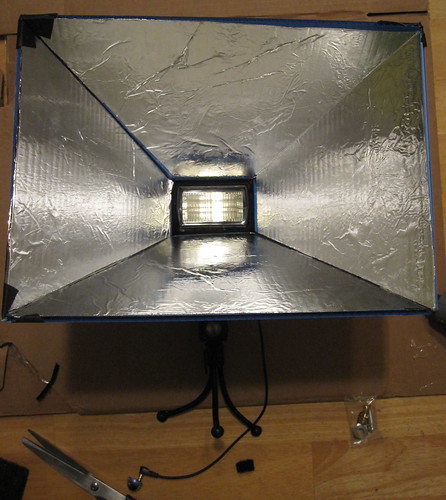 View the complete set of DIY softbox photos via Flickr.