This week’s project has been in the works for quite some time, but is just now being picked up again. It’s a demo of some new sound/preset work I’ve been thinking about for a long time. I’m calling this first set of material chromedecay: field.

One benefit of being a teacher is that I have my summers off, and I spent some time this past summer with my Minidisc recorder, binaural microphones, and other recording gear, capturing sounds in my house and garage. 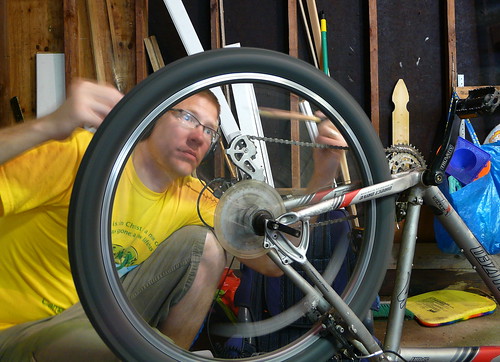 One of the sets of sounds I recorded was using my bicycle as a percussion instrument, along with some other random sounds from the garage (like dropping and hitting a plastic pop bottle, and so on). I recorded about 30-45 minutes worth of raw sounds, and then recorded them into the computer as several long, continuous audio files. 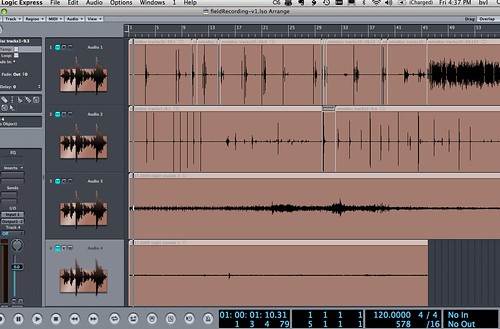 At that point (late last summer), that’s where I put the project down temporarily. The work I did this week was to start isolating individual hits and loops in order to turn them into usable sounds. Because I’d recorded the long segments off the MiniDisc into Logic, I started there. Also, I much prefer cutting/editing sound files in Logic compared to Live – Logic’s much more of a traditional audio editor, and I find it works great for that kind of work.

Much selecting, trimming, and saving of individual files was done. 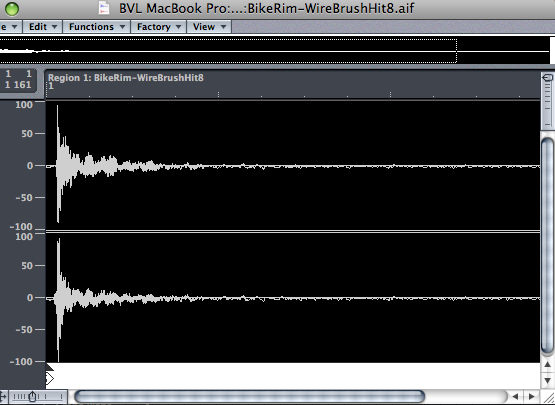 You can see some of the list of files here: 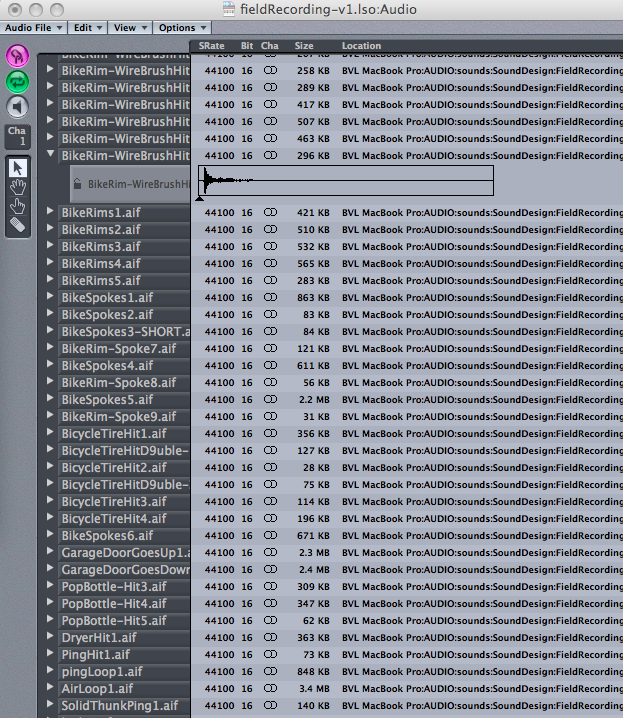 After I had saved out many, many individual hits and loops, I started loading things up into Ableton Live, my preferred composition tool. Live is the ultimate destination for this material, as I intend to eventually make these sets of sounds & loops available (though that’s a project for another week!).

Here’s a couple views of what it looks like when brought into Live: 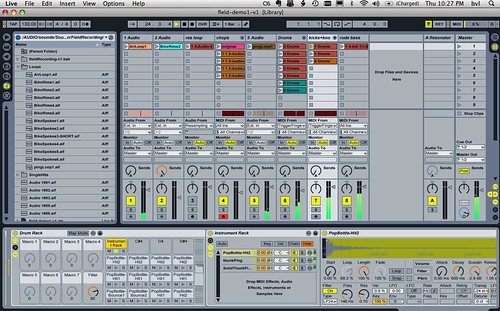 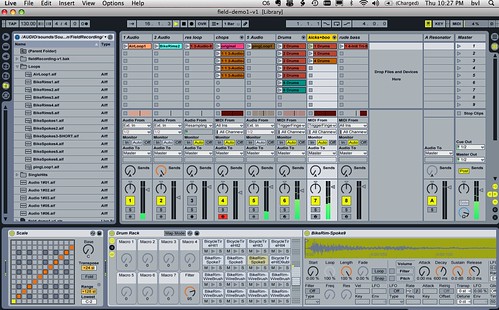 If you go to the full-size version of those photos, you can see that most of these sounds ended up in Live’s Drum Racks, which is a great tool for this kind of thing.

I then spent some time writing a demo track that would give these sounds a chance to shine. 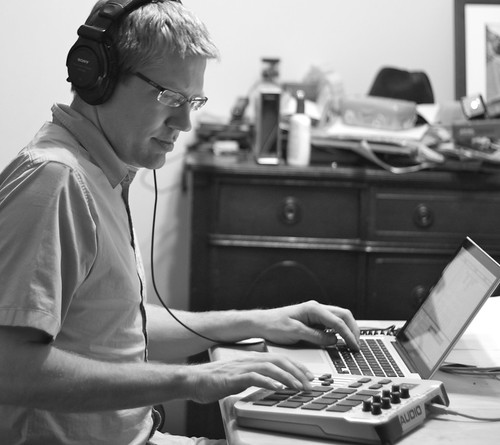 All the sounds you hear in the demo track were produced from the field recordings I did, with the exception of the bassline.