On Thursday, I had an opportunity to go out shooting photographs with a friend of mine, Irvin. We met up in the Depot Town area of Ypsilanti, and, as it happened, the Thursday night car show was in full swing. Every Thursday during the summer, the section of Cross Street that makes up Depot Town is closed off, and filled with vintage cars: 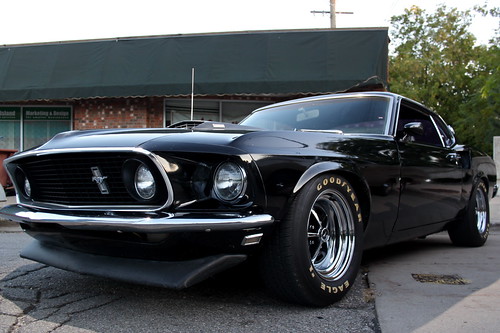 With such a huge selection of interesting cars to photograph, Irvin and I were on our way, exchanging ideas and enjoying the chance to hang out. 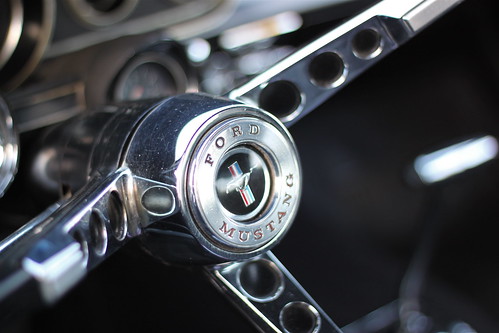 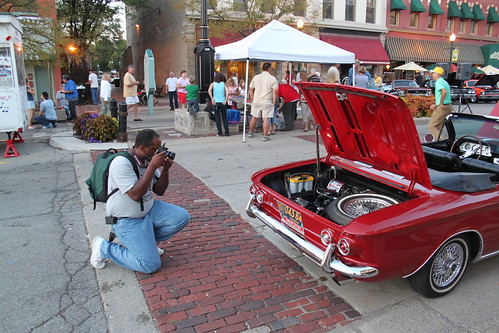 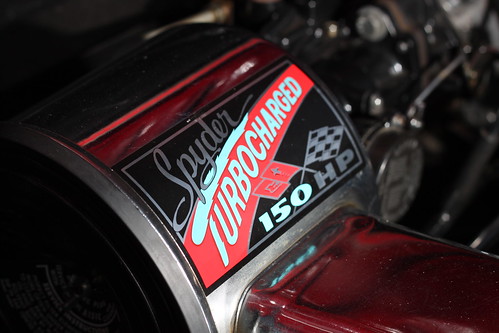 As the sun set and the light started to fade, I realized I might have an opportunity to pull off a shot I’d had in my head for quite a while now. I really enjoy making long-exposure photos (see some examples on Flickr), and I’d been interested in combining that with my interest in portraiture. Irvin agreed to participate, so we hiked up the hill to Huron Street, and Irvin graciously allowed me to use his extremely nice tripod (thanks again!). I quickly got a baseline exposure of 5 seconds, which let me see the light trails from passing cars as well as some natural light from the skyline: 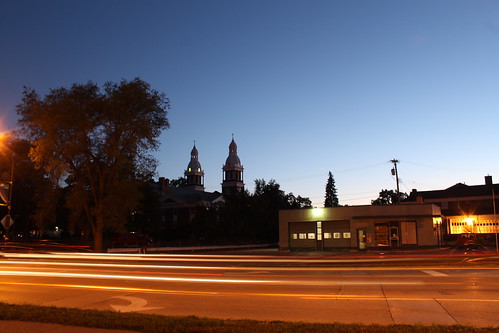 I’d brought along a small hotshoe flash and my radio triggers, so I combined a CTO-gelled flash (to match the orangey light of the background scene) with a 5-second exposure, and turned out this portrait: 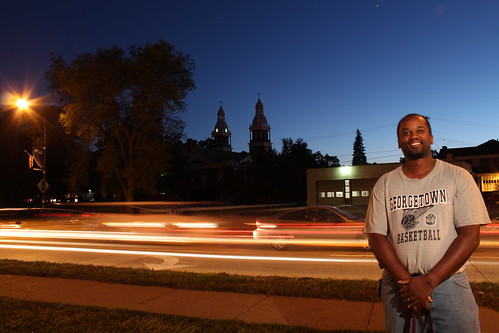 The flash froze Irvin as he stood there, and the long exposure time let the light trails burn in nicely. I did a couple more long exposures as Irvin tried some of his own, and then we called it a night. 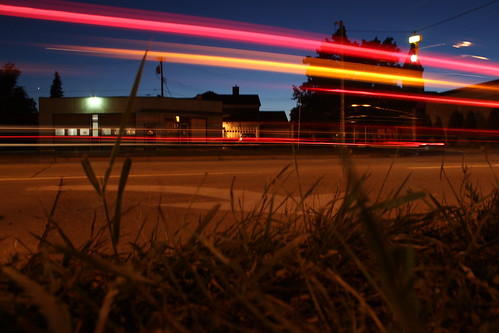 See the full set of Depot Town Cars on Flickr!