For this week’s project, I wanted to pull out a creative tool I haven’t used in a few years: my Lomo Fisheye film camera. I decided to make this week’s project about the juxtaposition of shooting film and digital to capture the autumn colors and mood. My goal was to shoot all week, with both film and digital, and I think these images get across the feel of autumn in Michigan. 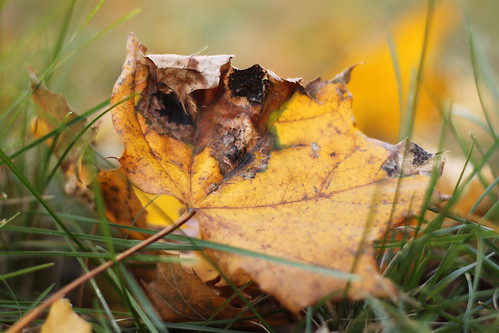 Using the Lomo Fisheye was interesting. I have to confess, I have a like-hate relationship with film, which is why I haven’t shot any in a few years. I like the tactile feeling of holding a print, and there’s still nothing quite like getting an envelope of prints back from the developer, but the lack of instant feedback and high cost of getting film developed keeps me from loving it. 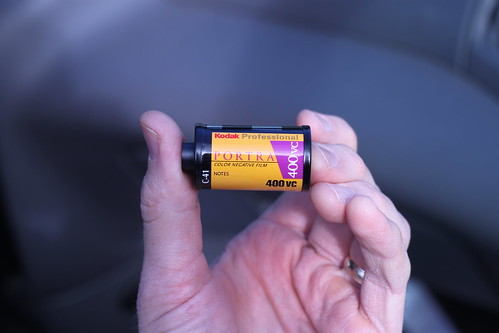 The Lomo Fisheye is especially quirky, since it’s literally point and shoot – fixed focus, fixed shutter speed (around 1/100th second, from what I’ve read), fixed aperture. I shot everything on Kodak Portra 400, which is a good fit since a lot of the days were cloudy (the 400-speed film helps with that). 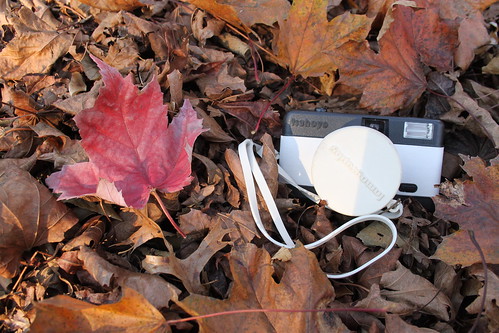 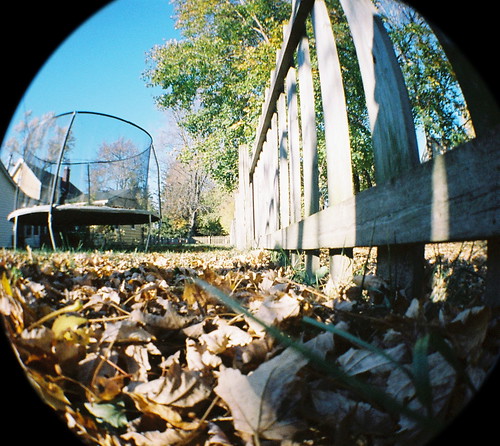 Along with the fisheye, I also shot lots of digital images, with a variety of lenses. Here are a few with the Canon 50mm f/1.8: 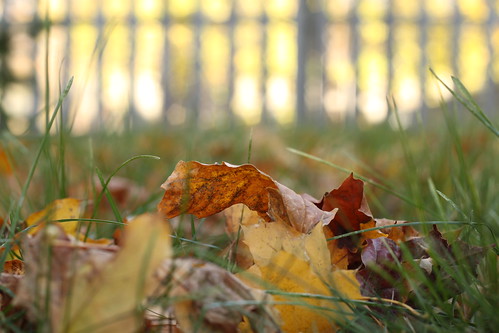 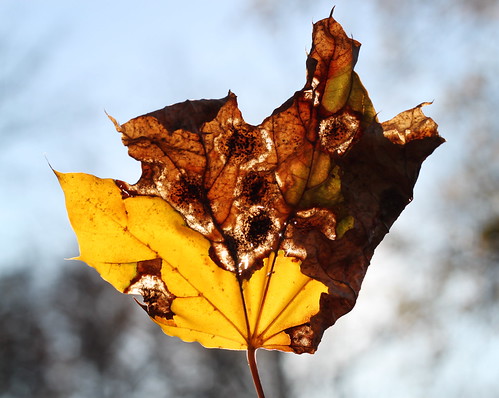 I also shot a few photos with the Canon 70-300 IS USM in order to zoom in tight or isolate individual leaves against the blue sky from Monday: 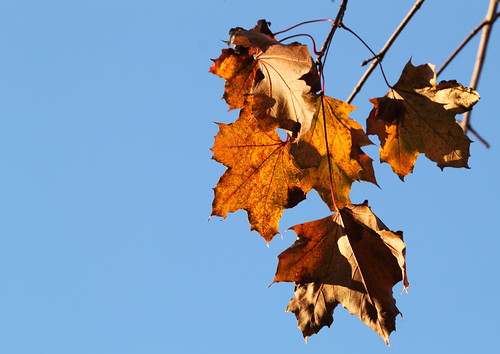 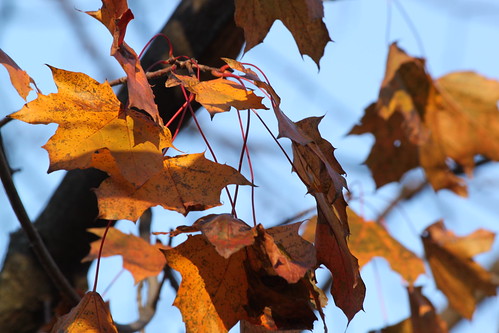 A lot of the photos I shot with the Lomo Fisheye were done in the car, driving from place to place. 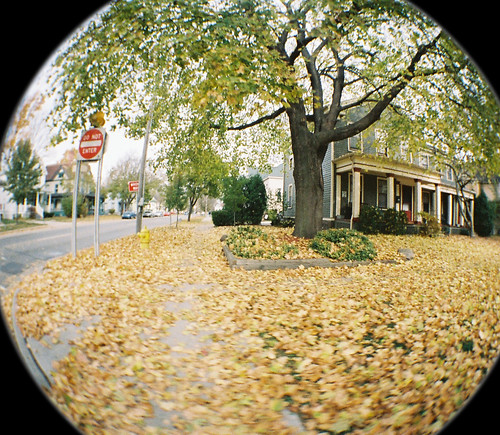 This morning, the last day of the project, I decided to make a couple long exposures in the early morning light as my car warmed up in the dark. 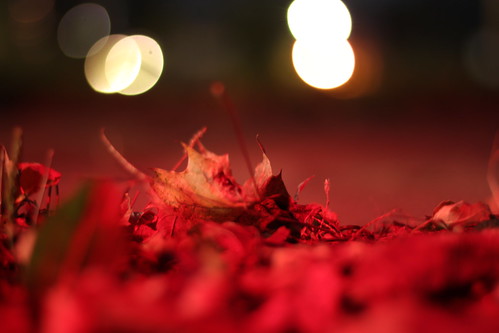 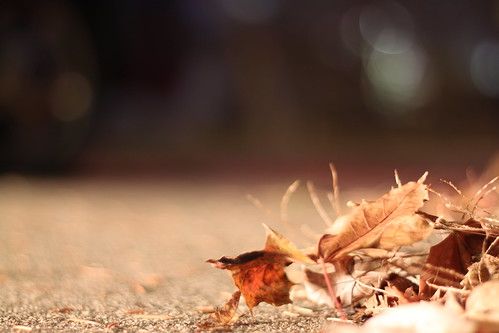 It’s funny – the last few frames I made with the fisheye ended up being strong favorites, even when I felt like I was out of time and just trying to use up the last of the film in order to get it processed. 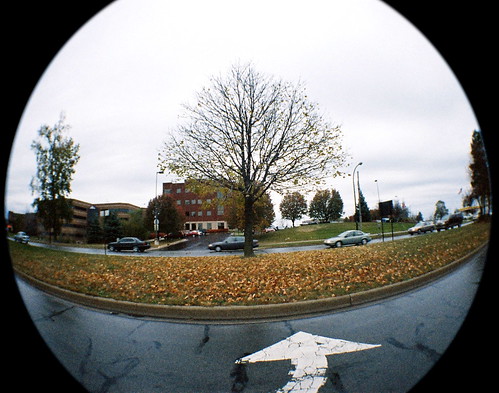 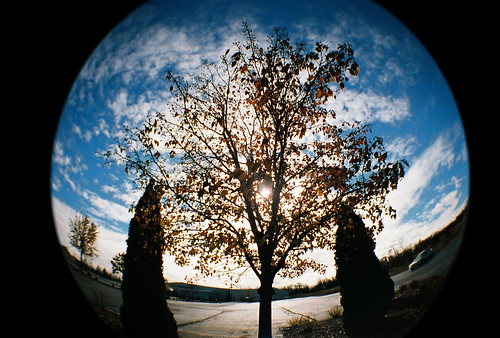