I’ve used many tools and made lots of music over the years. This week’s project was a chance to merge the old and the new. One of my first “big” pieces of music was a piece entitled “harmonic study 1.3″, which was the B side of my City Centre Offices 7” release “Tones (for Sarah)”. I made harmonic study 1.3 using a PC with AudioMulch software, and its 10 harmonics device.

This week I decided to play around again with the idea of a purely harmonics-based piece, using the iPad and TouchOSC to create a custom control interface that would let me play the piece like an instrument. Audio and video below:

To create this, I used the TouchOSC app on an iPad to control a rack I built in Ableton Live, and aslo an instance of the HarmonyBox plugin. 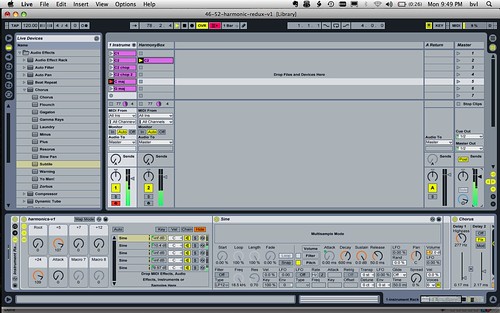 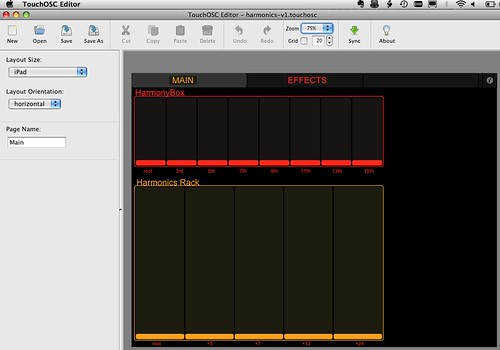