This week’s post is late, for several reasons. I did the majority of the work on Wednesday night, shooting photos for this week’s project, but fell asleep while trying to edit them on Thursday and Friday nights. After finishing up the edits Saturday morning, our house’s power went out due to a storm! However, this week’s project is finally posted: it’s a set of photos of a Gibson SJ Junior guitar. 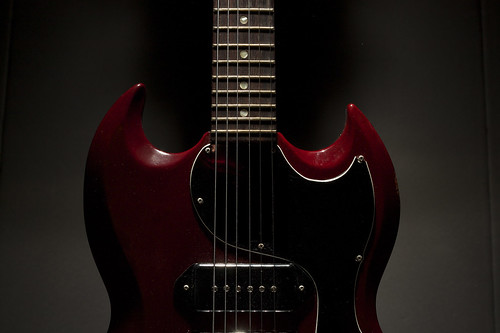 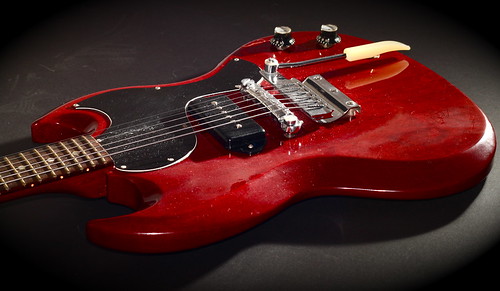 I shot these photos for several reasons. The guitar in the pictures above is owned by my father, who’s had it for over 40 years. It is a beautiful vintage guitar, and is actually what I learned to play guitar on when I was in college! However, my father has decided it’s time to part with it, to help fund the purchase of a different guitar, so I agreed to sell it for him.

Along with taking the standard eBay photos, I figured I’d take a few more interesting photos. The two at the top are my favorites.

I had taken a few photos of my guitar a while back, and really liked how this one came out: 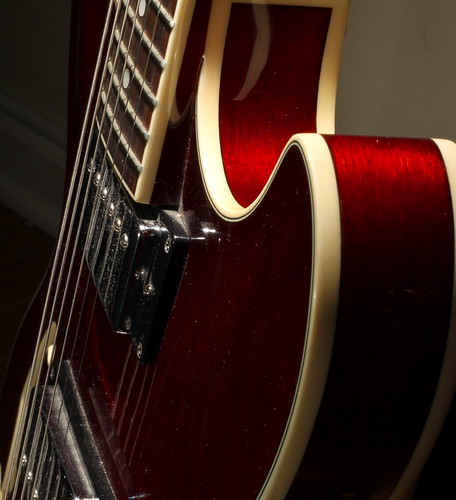 This was my basic template for the first SG shot at the top of the post. It’s a single flash, pointed straight down at the guitar from above, and no real direct light from the front. I

I also really liked this shot, of the guitar in its case. This was done with a bedsheet gaff-taped to the wall, and the guitar case positioned right at the front of the sheet. The hardwood floor in front of it gets some reflection – I wasn’t entirely happy with how much light hit the floor, but it turned out OK. 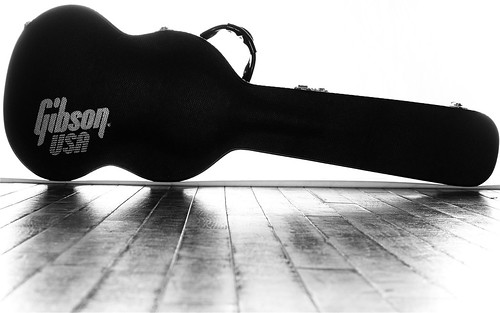 I’m now getting ready to sell the guitar, but it was a lot of fun taking pictures of it before it goes out the door. You can see the full set of photos here:

Along the way, I learned a bit more about my workflow with the Canon T1i. I’ve had this camera for about 2 months now, but have not really shot much RAW footage with it – I’m usually shooting strictly JPG. This was a nice chance to shoot RAW+JPG in a controlled environment, and figure out the necessary steps for using the CR2 RAW files the T1i produces. However, Photoshop CS3 will not read .cr2 files, so I have to figure out what my options are there – possibly a newer version of the DNG Converter from Adobe, or I may need to start using Canon’s RAW software. I ended up doing all my work on the JPG versions of these photos.