Last week, my good friend Kent Kingery blew me away by sending me a Bliptronic 5000, which is an incredibly fun little synthesizer+sequencer. This week’s project is an exploration of this great little box.

For starters, here’s a quick proof-of-concept track I made with the Bliptronic.

To make this, I ran the Bliptronic into Ableton Live, recorded a loop, and then processed that loop in a couple different ways and added some simple drum programming. For example, the bassy part is actually the same loop sent through one of Michael Norris’s excellent SoundMagic Spectral Plugins.

Here are some photos of the Bliptronic arriving and getting put into action. I was surprised at first by just how small it is – even in its box it was only 8 inches square, and the actual machine is smaller than that – maybe 6 inches square! 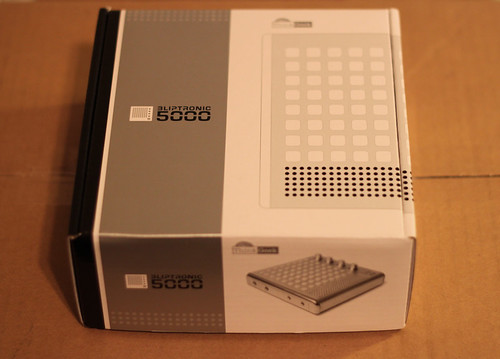 I started out by just using the internal speaker (a nice touch – lets you use it anywhere!) and then ended up plugging it straight into the mixer so I could hear it through my studio monitors. 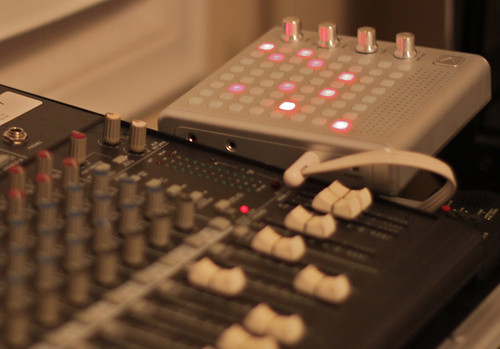 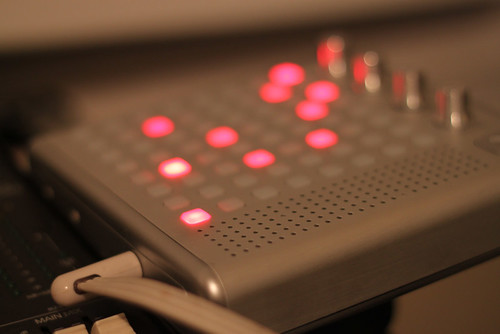 Before long, I started itching for ways to process it and expand its tonal capabilities. It has 8 built-in sounds, and lets you sequence 8 notes in the key of C major across 8 steps. The limitations of this are actually quite good in many ways, but I wanted to see what I could do with some processing.

I ended up running it into Ableton Live and building a couple of Effects Racks to process the sound. I recorded the audio output of the Bliptronic into Live, then started playing with ways to filter, delay, and otherwise mangle the sounds. It was great fun! 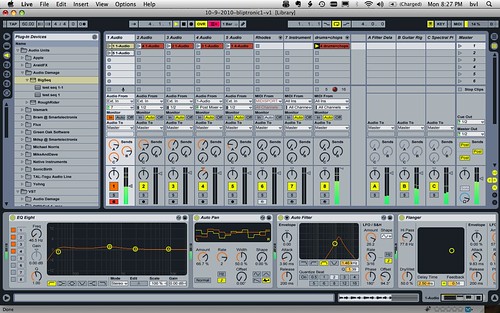 I have a few things planned for this box already – a video project is in the planning stage, and there are lots of future possibilities, including turning it into a cheap Monome clone, circuit-bending it (as my friend Michael Una has done), and so on.

Thanks again, Kent! This was a great, fun project!