This week’s project was a little light in terms of what I accomplished. As such, this writeup is very much about process, not as much about results.

This was an extremely busy week for me at work and in my personal life, so I knew I would not have any time during the week to work on this week’s project. One thing that has come into even sharper focus during this year of projects is how much I’m influenced artistically by the seasons and the weather (witness: “Raindays“, “6 strings for a winter’s day“, “autumn dsp” (from “Live at Leopold Bros“), etc. I saw the weather had forecast snow for Friday morning, however, so I had great thoughts of getting up early and getting some snow photos. It didn’t happen, so my project time got pushed to today (Sunday).

I started out this morning with shooting some photos in the early morning light with the Canon 70-300 IS lens. I wanted to shoot handheld, and the IS (Image Stabilization) lets me do that in lower light conditions better than my other lenses. I also thought shooting with a longer lens than I would typically choose would be a nice challenge. I got a few interesting detail photos, and I really like the blue-white quality of light on a snowy morning when it’s still overcast. Here are a few of those photos: 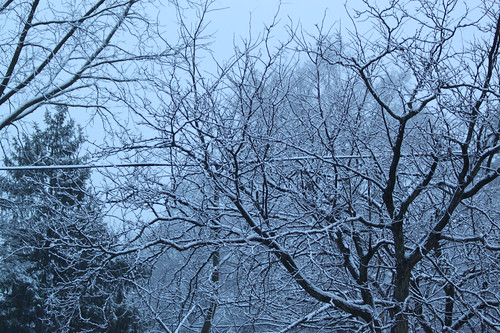 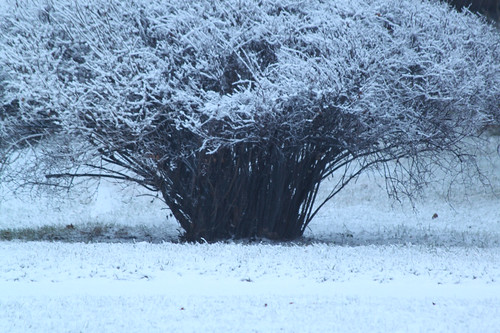 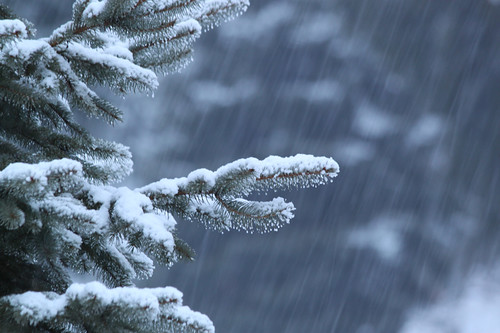 Later on in the afternoon, I took out my Yashica 55mm ML Macro lens, with thoughts of shooting some snowflake or icicle macro photos. This is a tricky lens for a couple of reasons. As with all macro setups, it benefits from having a very stable tripod since you’re dealing with such fine detail and short distances. I do not have a very stable tripod, although it works OK most of the time. Also, this lens meters about 2-3 stops overexposed when using my camera’s built-in light meter, so it’s always a guessing game, changing the aperture, using the Live View to compose and focus, and hoping for the best. I never felt like I truly got anything worth looking at, but here’s an example anyway. 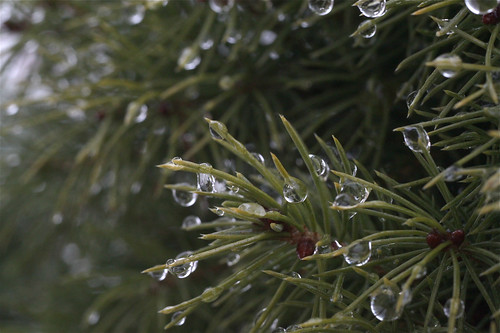 As I was reviewing the images to upload and post, I found I really didn’t think any of them were particularly noteworthy, so I decided to go out and do one more session of shooting. By then, it was dark, and the temperature had dropped. I briefly considered using my off-camera flash setup, but the idea of hauling a flash, lightstand and potentially light modifiers (like an umbrella) in the cold and dark made me go simple: I put the camera on the tripod, and got ready to shoot some long exposures.

I’ve done a lot of long exposure work over the past few years, and I find it a comfort zone. It really simplifies things in many ways: I know I have to focus most of all on composition and choosing an appropriate depth of field, since the exposure time will be dictated by how much light I need to let in to make a good exposure.

Finally, I felt like I made a few worthwhile images! It took all day, and I reverted to a safe, known technique, but I’m satisfied. My favorite image of the day is the last one on the page. 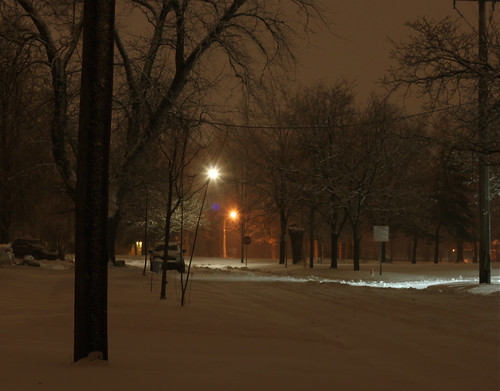 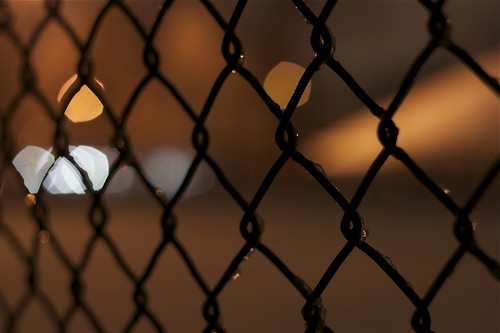 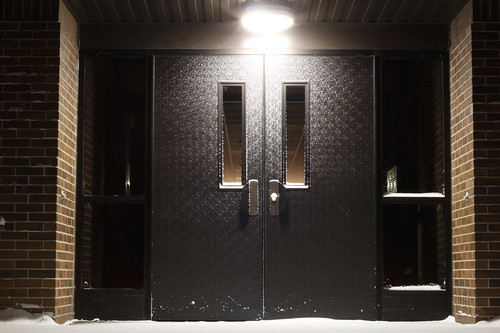