52 things is now at its official halfway point. Not coincidentally, here’s what my studio looked like at the beginning of this week: 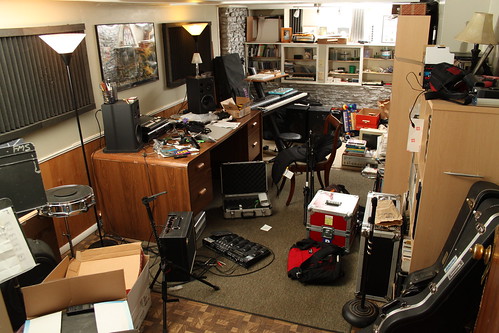 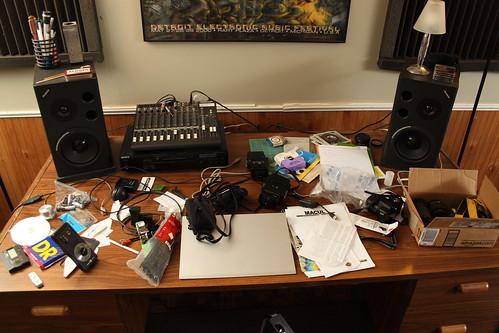 After 26 weeks of weekly projects, my creative space has been in pretty active use! For reference, take a look at what it looked like after a similar cleanup in May 2009. This week’s project, then, was to clean it up, organize, and take a few deep breaths in order to be ready for the second half of 2010 and the next sets of projects!

One place that was especially disorganized was my photo supplies. I have a metal crate that I keep small items in – old film cameras, gels for my flashes, spare parts, etc. This crate had gotten pretty out of control: 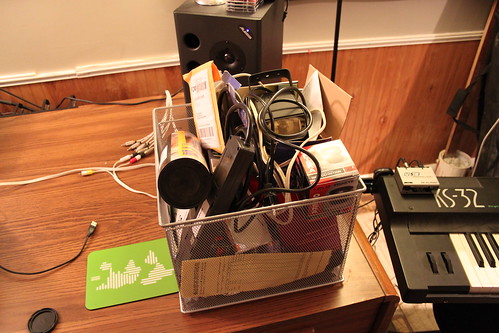 My philosophy for cleaning is to first empty everything out: 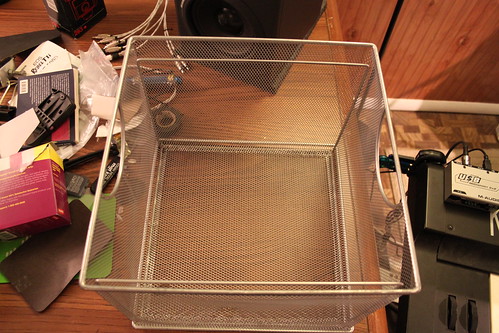 After sorting, throwing away, organizing, and generally cleaning, here’s what the crate looks like now: 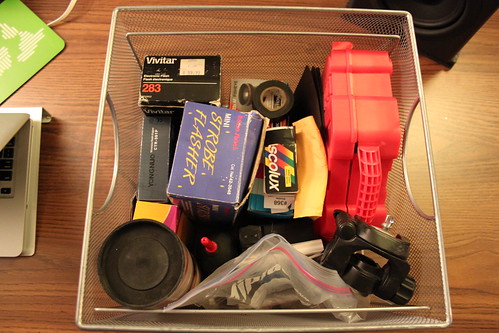 Much better! Here’s a photo partway through the process. The studio desk is mostly cleaned off, but there’s still quite a bit of work to do: 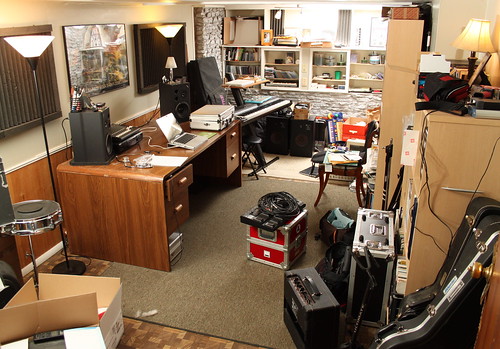 Finally, I finished. There’s still a lot to do (old gear to list on eBay or craigslist, things to donate or get rid of, etc) but it’s much better than it was. 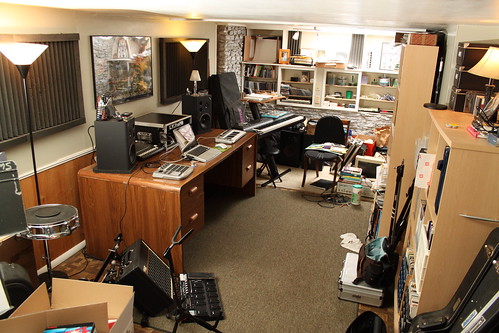 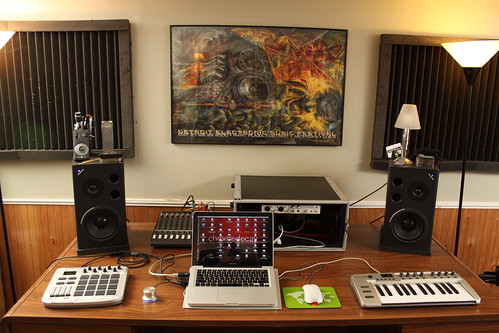 It’s nice to have a clean space to start out the second half of the year in.

This post is set to automatically go live on Friday morning, by which time I will be deep in the woods of Northern Michigan, on a much-anticipated camping expedition. Looking forward to the second half of 2010!